In the second half of the XXth century professor Waldemar Chmielewski started a long term archaeological project focused on caves of Sąspowska Valley. Excavations conducted by him were quite extraordinary for his times. A big role during the research played geologist, prof. Teresa Madeyska. Thanks to this, a special attention was paid to stratigraphy and geological layers. Moreover, a detailed documentation was kept during excavations.  Potential of acquired materials and information was never fully exhausted and only part of it was published. 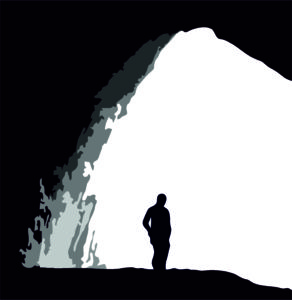 After several dozen years, lost and scattered among different institution materials from prof. Chmielewski excavations, are found and assembled by PhD Małgorzata Kot from Institute of Archaeology University of Warsaw. Research on reconstruction of settlement in Sąspowska Valley is to be continued and finally completed using not only old data but also new methods and newly acquired materials.